Confirming most people's beliefs (my money was on D-Man) it was recently announced that Joss Whedon's deal with Marvel to helm Avengers 2 as well as bring one of their properties to television will be focusing on bringing the super secrety spy organization to the small screen.

When you think about it, this is a project with nearly limitless potential. The lack of a central hero, instead of being a handicap, could open this to so many different things. Not only does Disney/Marvel have all their stars under contract, and thus are able to drop by for season finales or be featured for story arcs during sweeps, but it's the perfect testing ground for new B and C list heroes (and villains), individual S.H.I.E.L.D. agents, both canon and original, and science-fiction helicarrier office politics and monster of the week mash-up stories that not even the craziest Whedon fanfic writer has come up with. 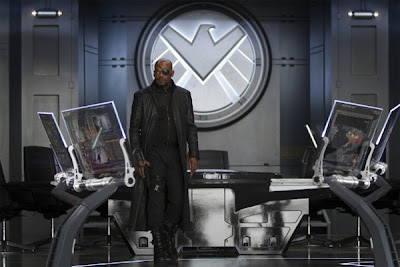 As Deadline reported, S.H.I.E.L.D. will be written by Joss and his fairly-frequent collaborators, little brother Jed Whedon and his wife Maurissa Tancharoen, a writing team that has been with Joss since Dr. Horrible. In my opinion, this particular collaboration has led to some of Joss' worst stuff. I have never been a Doc H fan and am still perplexed at the reaction it gets, and while Dollhouse got pretty fun and even a little interesting by the end of the second season, the husband/wife team penned some of the weakest episodes in a show that quite frankly produced some unwatchable hours of television (granted, mostly at the beginning. But their 'Stage Fright' was the most likely to induce self-groin punching until sweet unconsciousness ended the pain.)

That being said (and sorry if they're great and talented people with a happy marriage who deserve the helpful nepotism of genius older bro--if they gave me my break I'm sure I'd have no complaints) it's quite reassuring that another frequent collaborator, Jeffrey Bell, will be executive producing, and presumably running the day-to-day stuff as he did on Angel and Firefly (clearly a man who knows what he's doing.)

The nepotism I have zero problem with and quite frankly want to see comes with the cast and guest stars. Off the top of my head I'd like to see Adam Baldwin as a rogue agent (perhaps double-agenting for HYDRA), Alan Tudyk as a crazy AIM scientist, Fillion and Baccarin introduced as Pym and van Dyne, respectively, and that's just Firefly folk. 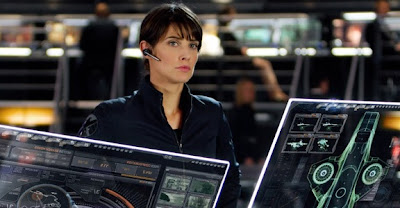 Seriously this opens up so many stories and gives Whedon a chance to really expand Marvel's cinematic universe and do some groundwork. Not only can we meet mysteriously-always-powerful terrorist and generally evil, well-funded, focused enemy organizations, such as AIM, more HYDRA, Black Spectre, etc etc, but we can have S.H.I.E.L.D. looking into crazy man-on-the-street crimes and the under-the-radar heroes who get involved and perhaps need some help or policing of their own. Think Jessica Jones on her own PI case, intersecting with Luke Cage, then Purple Man, then a S.H.I.E.L.D. agent shows up in her apartment. Think Danny Rand tracking down some corporate espionage in RAND industries to find a Chinese HYDRA branch in the East Village already being infiltrated by Sharon Carter. Think Hawkeye needing extraction on a mission gone bad, with Black Widow deep under cover and unreachable, and Bobbi Morse AKA Mockingbird getting sent in. Think alien incursion event being tracked by Maria Hill who's authority is suddenly blocked by a shadowy green-haired chick with bad manners and no explanation, save for a floating logo for S.W.O.R.D. (which would be great to flesh out and introduce before Thanos and Guardians of the Galaxy.) 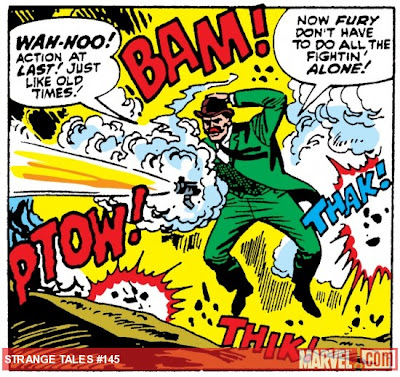 I can only imagine the amount of fun Whedon is having brainstorming these episodes. Wish I could join in. Even though the Marvel cinematic universe, in explaining the S.H.I.E.L.D. acronym, substituted 'enforcement' for 'espionage' I sure hope they don't take any emphasis off the spying part of their work. They're spies, soldiers, researchers, cops, support, and heroes, all in one.

O man I keep getting ideas---I want to see more Project Pegasus with a focus on security guard Wendell Vaughn, previously rejected when he applied to S.H.I.E.L.D. coming into contact with the Quantum Bands currently under observation. Or how about a helicarrier trip to Cape Canaveral in time to witness a test run on a new machine by Air Force Captain Danvers that goes wrong as an unknown blond hero saves her. I want to see Dum Dum Dugan. I want to see Jessica Drew and her completely f*d up life which is almost completely f*d up by HYDRA and S.H.I.E.L.D. and the life one leads connected to either. Or plot threads that lead to things like the Superhero Registration Act or discovery of an agent who gets killed and reverts to Skrull form.

I want to see a lot. And I'm almost positive Joss won't disappoint.

Issued by the Parents of Captain Elias